HSHI is building a dream, with first-class shipbuilding and marine products that meet the needs of the 21st century. 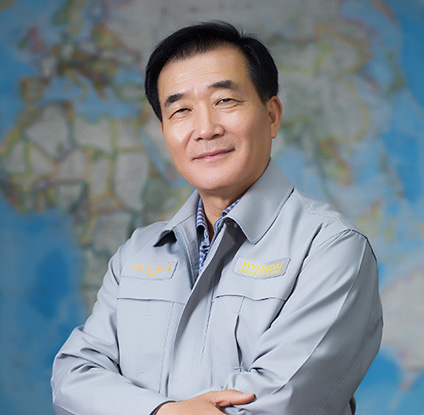 Over 1 million people were involved in the construction of the 2,100,000㎡ Hyundai Samho Heavy Industries shipyard, which has been operational since 1992.

In particular, we are focused on both developing and producing products that utilize Green and Smart technologies, and on securing a place in the future by establishing eco-friendly production bases and expanding on-site application of Information & Communication Technology (ICT).

Both executives and employees of Hyundai Samho Heavy Industries continue to rise up to meet new challenges. We will spare no effort in our mission to create new value and contribute to the mutual prosperity of the region, the country, and humanity, as we dedicate ourselves to the development of our company.

We will open a new future for the shipbuilding and marine industries with a modern spirit of creative foresight, active will, and strong drive.